The Battle of Panormus 211 BC - deployments

Nero set sail from Rome to Sicily. His forces were a standard consular army of two legions and two ala (6 CU). He landed at Panormus and deployed to meet Gisgo close to the coast before he could withdraw. Gisgo had with him a small mixed force plus a contingent of hoplites from allied Syracuse (4 CU). 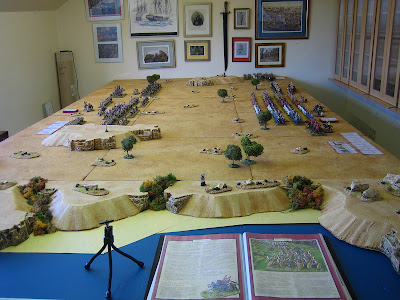 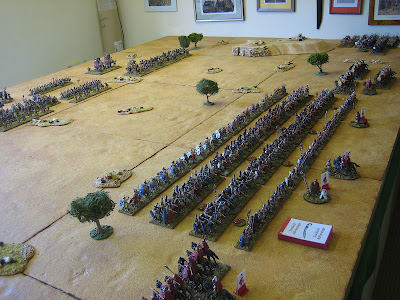 The Romans. A standard consular army. 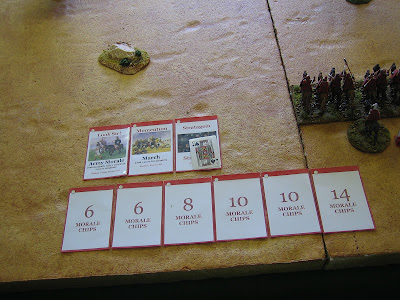 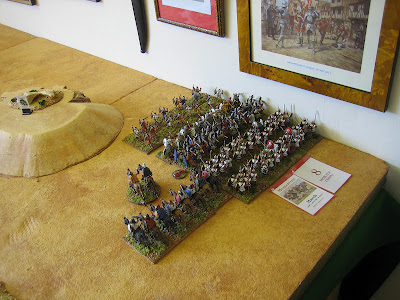 The off table reinforcements (an extra 25% of the strength of the 'original' army). They will arrive (along the short side of the table - flanking) sometime after the Stratagem is turned.

We decided these should represent the largely Greek garrison of Messana.

8 morale points plus a characterisation card. 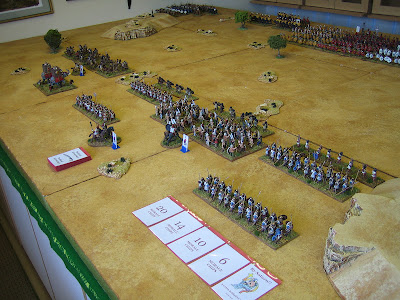 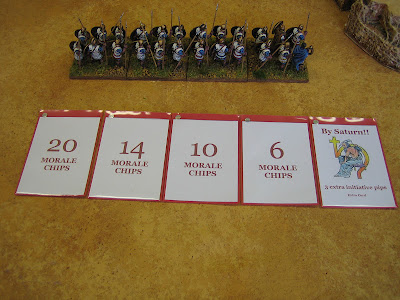 50 morale points plus one characterisation points.


For the first time in this campaign Peter (Rome) is feeling confident. I wonder why? 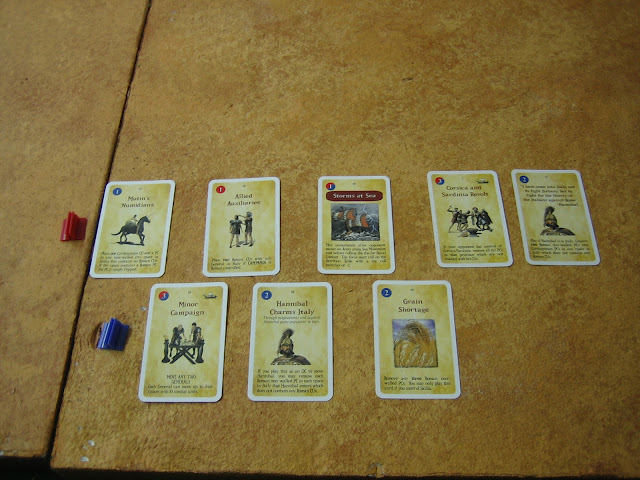 The turn ends. Rome elects Nero and Paulus to the consulship. Marcellus is maintained as pro-consul. Scipio is made pro-consul in southern Spain. Rome gets 10 CU reinforcements (5 more than normal). 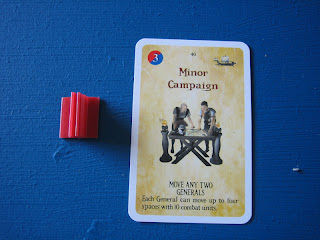 Rome steals the start of the turn by playing a minor Campaign card:

Nero sails to the north coast of Sicily and attacks Gisgo at Panormus.

Has the Roman fight back begun?


The campaign situation map at this point. 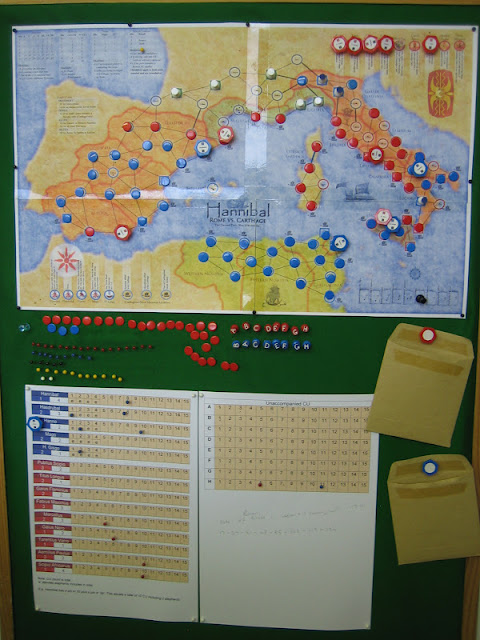 BTW: The envelopes, pinned to the board,﻿ hold the unplayed campaign cards between campaign sessions. The numbers, in pencil, are the CU values of Roman triplex acies formations, including velites, plus a cavalry unit. The pins in 'H' show the current 'province count'; Rome is at a very low ebb.
at May 25, 2012 No comments: 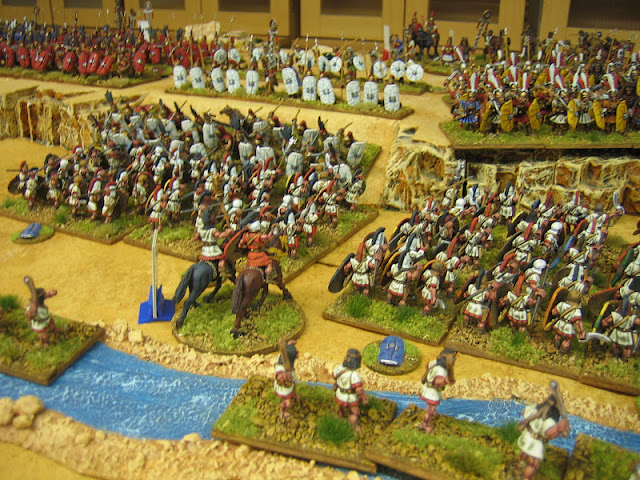 The history of the latter part of this battle is sketchy; much of Scrotivius' history has been lost to the ravages of time. Only the following is known:
"......and then﻿ the Romans of the second legion, knowing their fate was sealed, attacked downhill with such vigour that they threw back the mercenaries facing them." 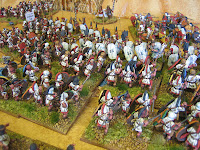 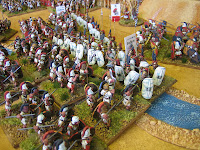 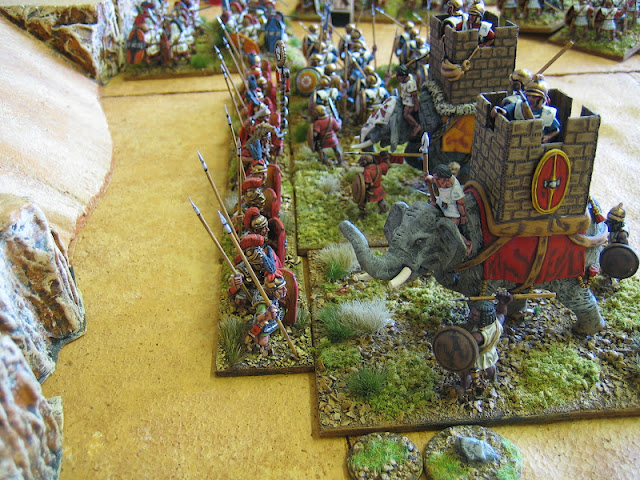 At this point, Peter decided to concede a total defeat with a +2 retreat modifier. His dice rolling was quite usual  - he rolled low. Marcellus lost 5CU and retreated to Emporiae on the coast of Massilia.

Hasdrubal somehow managed to lose 2CU in what was the most one sided battle so far! This deserves some explanation, so here is Scrotivious again:

"Many of Hasdrubal's soldiers, having filled their boots with loot, promptly deserted."
at May 25, 2012 9 comments: