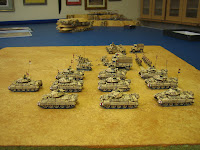 This weekend I took a break from the Punic Wars and painted a few vehicles and guns for 22nd Armoured Brigade Group, Nov 1941. (But don't worry - I'm now back with the Punic Wars project.). I'm still waiting for my sheet 2mm MDF so they are unbased. The first units are: 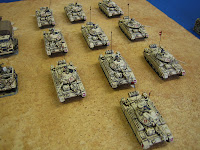 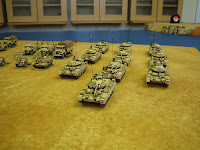 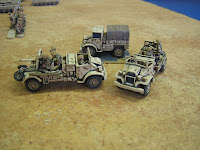 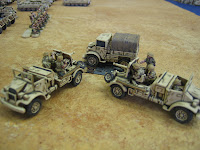 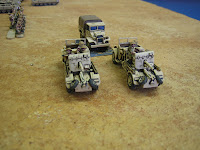 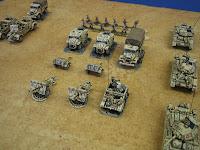 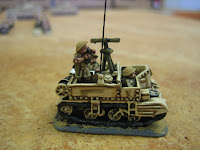 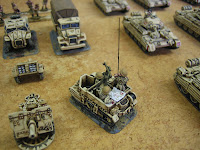 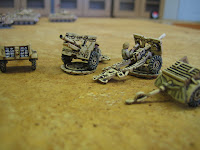 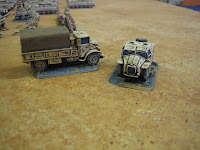 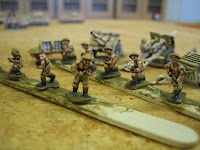 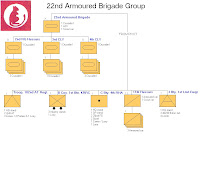 Here is the wargames organisation that I'll be using for 22nd Armoured Brigade Group, November 1941.
I'll add more as I do them, and eventually I will have one for every force taking part in Operation Crusader.
at September 15, 2010 3 comments:

My first tank in 20 years 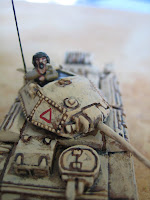 The model is a FoW Crusader Mk 1. It has been painted as A squadron 2nd RG Hussars of 22nd Armoured Brigade, November 1941. It was painted in Humbrol enamel (mainly '63 sand' lightened with 'white 34') and Liquitex burnt umber acrylic ink (in two dilutions - 50% and neat). 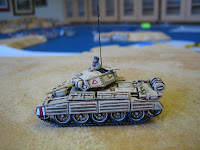 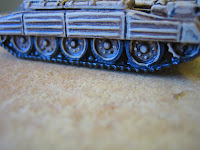 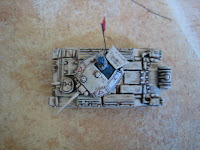 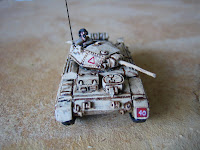 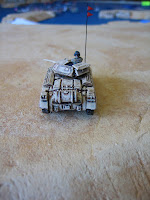 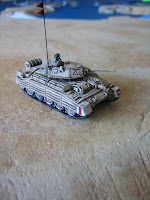 The whole job took about an hour of painting time, but I think I can halve this by painting in batches (probably 10 vehicles at a time). This 'non-project' (see previous post) is gonna be a doddle!
at September 12, 2010 12 comments:

This is not a project - 1st order arrives 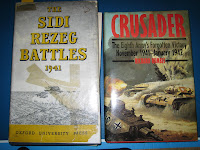 I have always had an interest in World War II. In the past I have collected stuff for the Russian front (in 6mm) and North West Europe 1944 (in 10mm). But that was many moons ago, and for at least 20 years I have not had any WWII stuff at all. The main reason I gave up on the period, was the perennial one, rules - or rather lack of a set I was happy with. This changed a couple of years ago when Mark D. (fellow Ilkley Lad) began putting on East Africa games and later Western Desert games using Classic Piquet, Field of Battle WWII or Blitzkrieg Commander.
The bug had bit deep and I began buying books on the subject. After some general reading I decided to 'do WWII' slightly differently to my previous efforts. I decided to concentrate on two months of the Western Desert Campaign - Operation Crusader November 1941 - January 1942. From this point on my book buying became much less general and eventually I found three books which furnished me with as much information as I will need (well nearly).
The first two books are military histories of the operation. The best is 'The Sidi Rezeg Battles 1941' by Agar-Hamilton and Turner. This is one of the best military histories I have ever come across for any period - but like the battle the narrative is very complex. This is where 'Crusader' by Richard Humble came into its own. This is a much less comprehensive history, and consequently the narrative is much easier to follow. After reading 'Crusader', 'The Sidi Rezeg Battles 1941' became a joy to read because I knew the twists of the tale and could immerse myself in its bounteous detail.
The last of the three books is 'Benghazi Handicap' by Frank Chadwick. This is an army list and scenario book for Command Decision. It covers the Western Desert Campaign up to the end of Crusader. The army lists are fantastic and, though I will not be using the rules, I can't recommend this book highly enough. It has taken most of the hard slog 'hardware' research out of the equation. 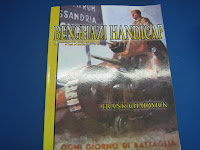 A year ago I met someone who gave the offer of a discount should I wish to pursue a collection in 15mm, providing the order was 'significant'. When deciding what to do with the money from my ECW sale, I remembered this conversation, phoned him and firmed up the offer. Today, the first part of the order arrived (some stuff was out of stock and will follow). It comprises 15th Panzer division, less some of its heavy artillery, about 2 thirds of 7th Armoured Division, a couple of 'I' tank regiments, and a brigade of infantry. The rest of 7th Armoured, some more German stuff and all the Italian stuff will form a later order. 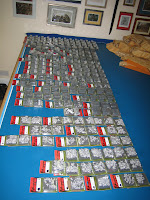 But this is not a project. It is, like my naval stuff, a filler period. Something to do slowly, and only when the mood takes me.
at September 06, 2010 10 comments: