When collecting figures for some wargame periods it soon becomes apparent that certain troops can figure in several armies. This was certainly the case with The Great Italian Wars - Imperial Landsknechts, French Landsknechts, etc. In fact, most troop types could multi-task, and the only thing that differed amongst them was what kind of flag they needed to carry.

That's when I hit on using this idea: 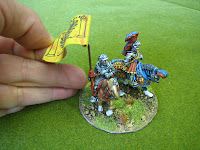 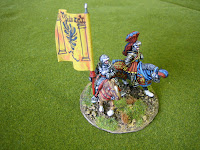 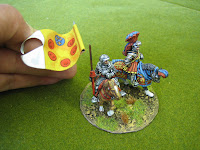 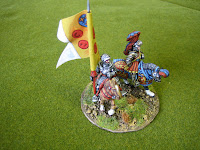 Medici commander
All of my Italian Wars flags are wrapped around narrow gauge aluminium or brass tubing (from model shops) with a spear point casting glued into the top to finish it off. These slot over the banner bearer's 'flag pole'. The tubing is not very expensive, and the cost benefit analysis is obvious. If I want to field a new combatant all I have to do is make a new flag - the figure having been painted ages ago.
To prevent damage to flags that are not in use I store spare flags as shown below. 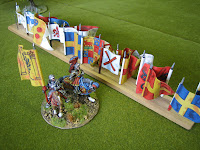 What a great idea with the flags, but i must admit as soon as i clicked on the picture all i saw was two beautifully painted minatures to the highest quality great work

It is a top tip!Thank you!When I do my ECW that will come in very handy!

What a GREAT IDEA! And like most truly great ideas it's so blindingly obvious, I find myself asking, "Now why didn't I think of that?!" Outstanding!

Fire at Will said...

You can also use the tubular tile spacers used for tiling, unfortunately they are a bit too large for my 20mms but I think they would work for 28mm.

It is so blindingly obvious that I'm loathe to claim the idea as my own. I must have seen it somewhere - but where?

I've been using this method for some of my clients for nearly 10 years. Perhaps it was a client's idea?

Great Tip! The first time I used flags like this I had these miniatures: Schildwache

I have seen this before about a year or so but I thought it was on your blog! Great idea and I am looking at doing something similar with 40mm ACW. Great tip and worth the extra expense. My Chosin Koreans have battle order flags that change depending on location in the battle line and this technique would work great for them as they have tons of flags for command and control as well!
VR
James Mattes

I did this post (or a similar one) for Pike & Plunder some time ago. But it's a good idea worth repeating, and has been part of another conversation elsewhere.

this is such a great idea! i have been struggling with starting this period, and picking a side to paint up, but with some care, this seems to be able to cover the bill.

thank you for all your great tips and inspiration! 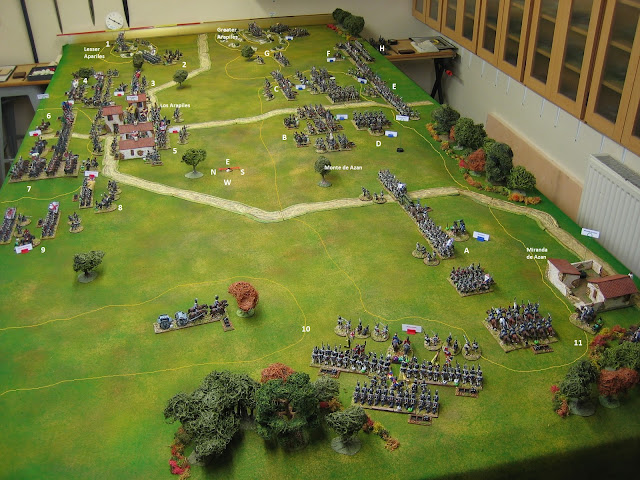