The initial deployment navigation photo so you can get your bearings: 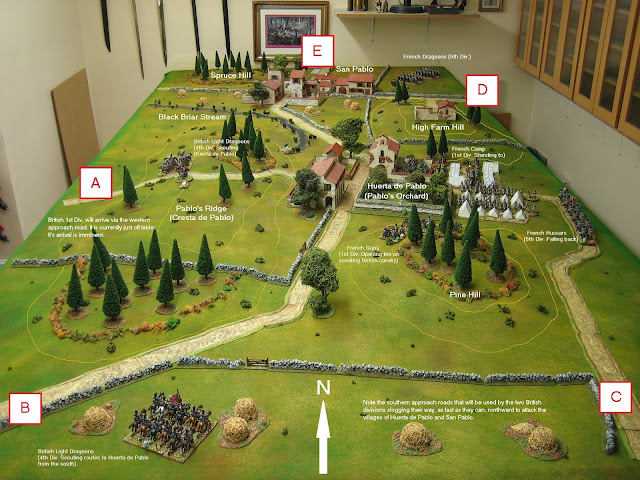 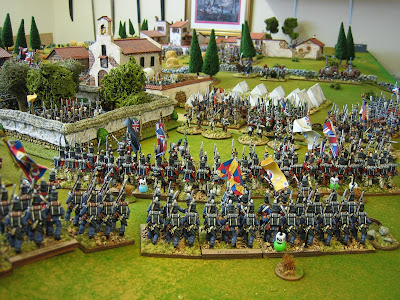 The French of 3rd Division move on the waiting line of British and Portuguese infantry of 2nd Division - the French "in their usual fashion".
They are about to get close and personal. 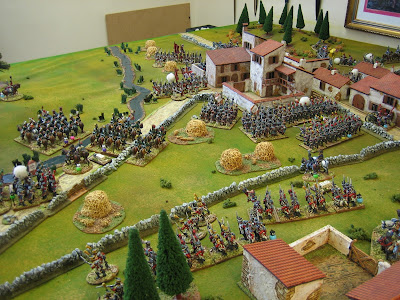 At San Pablo the British decide that valour isn't everything and evacuate the town to buy time for reinforcement to come up from the south. 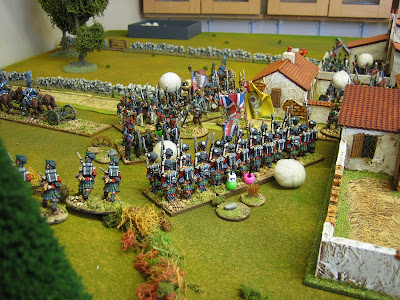 Except, that is, for the Gordons who decide to evacuate towards the enemy north of the town in, what would seem a suicidal charge. 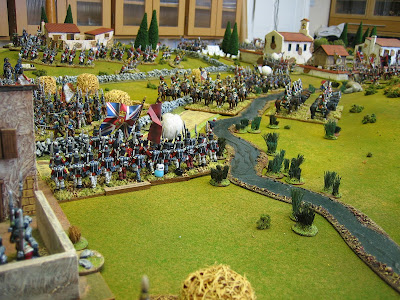 It looks like the Guards are going to be in hot water, as the 20th Dragoons turn and threaten a charge. 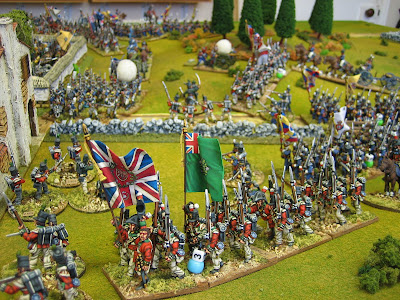 South of Huerta de Pablo, British 3rd Division begin to deploy for action, as the French to the east of the town begin to crumble. 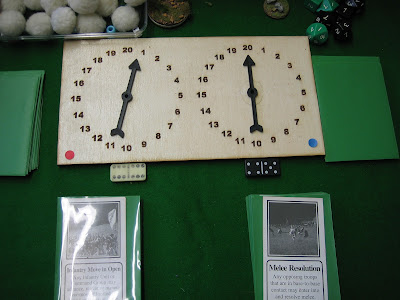 For the French, the next initiative domino draw is a killer. 21 initiative for the British.
They will win the turn, and end the turn, before the French can use the Melee card they turned with their last initiative point in the last phase. 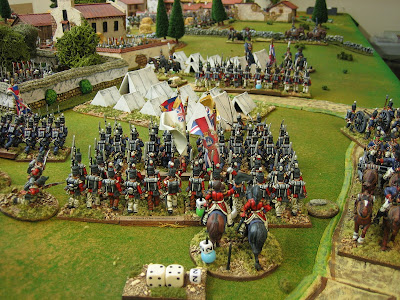 When the turn ending British initiative is over, the French east of Huerta de Pablo have been put to flight; French 3rd Division has almost ceased to exist; the path north to High Farm Hill is open.
The British have not come through the ordeal unscathed but, 2nd Division can be proud of itself, dealing a few sharp volleys into the French columns before dispatching the tattered remains with a timely bayonet charge by 97th Foot (Queen's German Regt.). 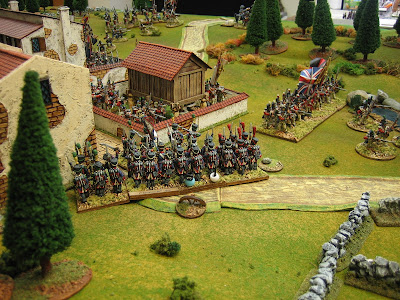 Pressure has also been relieved on the 71st Highland Light Infantry, thanks to well aimed volleys by themselves and the timely arrival of 50th (West Kent).
For the 71st, the new granary model has been lucky. 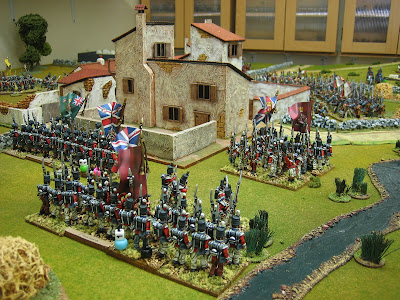 At San Pablo, the Coldstreams have been forced into square and all but the Gordons are slowly falling back to buy time for reinforcement from the south. 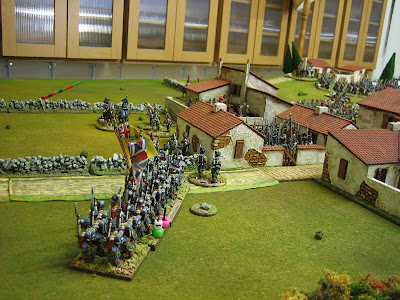 The Gordons!
The Gordons are on the rampage. They have cleared the French battery north of the town along with its supporting infantry.
They too can now begin to fall back to join up with the Guards and Camerons. Job done nicely. 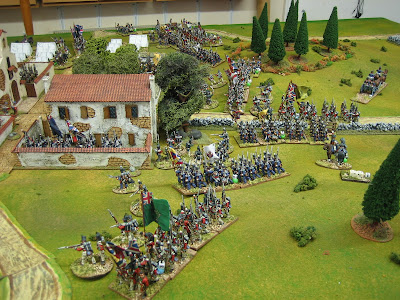 South of Huerta de Pablo, British 3rd Division is moving north to mop up what is left of French resistance in the town and, hopefully, join up with 1st Division at San Pablo. They have also cleared the French battery from Pine Hill - the honour falling to the 53rd (Shropshire). 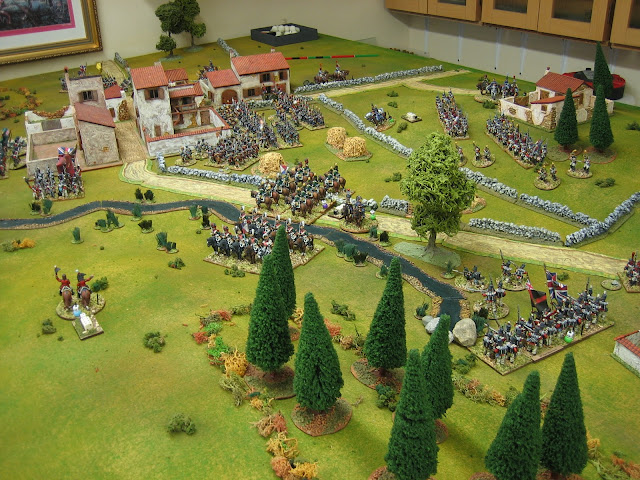 Only in the northern sector, around San Pablo, do the French look to have the upper hand - at least in numbers. With the situation at Huerta de Pablo looking desperate, I rather suspect they will play for a draw.
The French plan will be to take and hold San Pablo, destroy the Guards and Highlanders of 1st Division, and then hold the line between there and High Farm Hill. Possibly easier said, than done.
The main problem for the French is that their C-in-C is low on 'army morale points'.
Note: I'm not playing the classic Piquet morale system. All divisions have their own pool of morale points; the C-in-C has a small pool too. When divisions are reduced to zero morale points all of their units go shaken, all actions cost double initiative points and, more importantly, a point is deducted from the C-in-C's very limited pool (The French C-in-C started with four) and when he reaches zero the battle is lost. The French C-in-C is down to three points, 3rd Division having reached zero, and two other divisions are close to zero. A C-in-C can transfer his personal morale points (at a rate of 1 point for 3 points) to a division to 'keep it in the fight' but in doing so he seriously depletes his pool. This system seems to be working.

Stunning table! Would love to see that at a show.. :o)

Magnificent terrane and the troops!

Awesome report in all areas. Thanks again for posting.

As always a superbly presented game, with stunning terrain and figures:)

I can only second what everyone else said! :-)

So what are the current rules for skirmishers? Anything I'd recognise?

James, your posts continue to provide inspiration for lesser wargamers such as myself. This game, like so any others you have posted, really is quite a spectacle.

That morale system has a lot to recommend it. Food for thought!